Increasing pricing is something we don’t like doing, especially when many people are feeling the pinch right now. However, given the surge in overheads, we must make a slight tweak to our tandem pricing structure.

We’ve tried to do this in such a way where the vast majority of participants will not be affected, as the pricing tweaks are only on mid-week pricing, and weekend group discounts.

Even though some pricing has increased, we’re pleased to announce that in certain circumstances we’re offering a bigger discount than before thanks to the introduction of group discounts during midweek. We can now offer a tandem skydive from as little as £199! Take a look at the new pricing below.

These will take effect as of 23 May 2022. The original price will be honoured for any bookings that were made prior to this date. 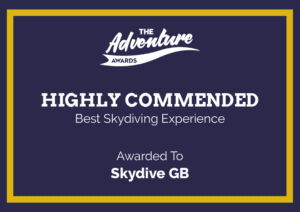